Morning coffee discussions with TD were interesting.
They went something like this:

“I’m afraid your truck engine has a rod knock.”

“It could mean the valve train…a sticky lifter or sticky valve or stick rocker arm, and in addition to this, I’m pretty sure the heat riser valve is frozen.”

He said more but I had already tuned him out and was day dreaming about the possibilities of understanding car-talk if only I had taken auto shop instead of home economics in junior high.

Not wanting to admit that I had absolutely NO clue what he just said, I countered:

“Couldn’t it just be an old ka-thunkity-thunk engine sound?”
(He found this so amusing he choked on his tea.)

I understand chickachicka. I’ve heard that sound before.

So morning discussions proceeded and included topics like engine rebuilds, possibilities of dropping a newer engine in, and the pros and cons of a different differential thus allowing me to go over 40mph without burying the speedometer needle.

It was interesting and informative, and finally circled around to when we purchased the truck - which is where I piped in:

“You know, when we bought Abbey, I had visions of just paying for her and  driving off down the road.”

To which he said, “You could have, but you would'na GOT very far!” 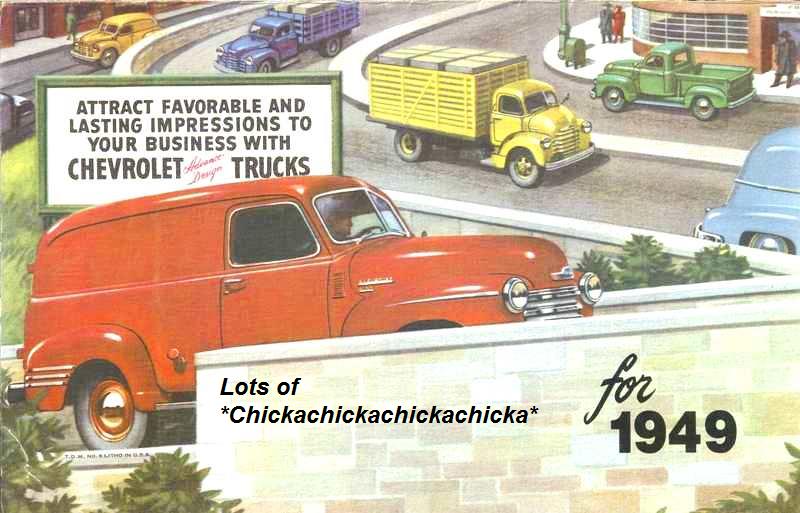