13: Before and After Photos

The gas tank is in. The install (according to TD) was not bad at all. You might want to consider removing the seat frame before you drop in the new tank. Having that mechanism out would've made tightening the tank straps much easier as the nuts and washers are located at the bottom.

Side Note on Parts:
We chose to purchase many of our parts from Classic Parts of America.
(No we don't get any perks for saying that)


﻿
We’ve been pleasantly surprised at the ease in which our parts are ordered and the turn-around time it takes to get them. Nothing is more exciting than having UPS dump three huge boxes of parts at your door on one day.

I now understand why car guys get giddy over this type of thing.

However the jury is still out on receiving truck parts as gifts... for Mother's Day.

The new tank is beautiful as gas tanks go. Also my dog enjoys the very large box it came in, but I digress.

TD took the old rusty tank to a salvage yard here in town. He said after the dregs of the gasoline died out, the amount of rust inside was considerable. We definitely do not mourn the decision to purchase a new one.


Before and After Photos:


The gas tank straps had very old cloth material under them -  presumably to keep the shake-rattle-clank to a minimum. Thankfully I had some nifty suede material left over from a side-chair upholstery job that worked really well.
(Good thing the chairs weren't floral eh?) 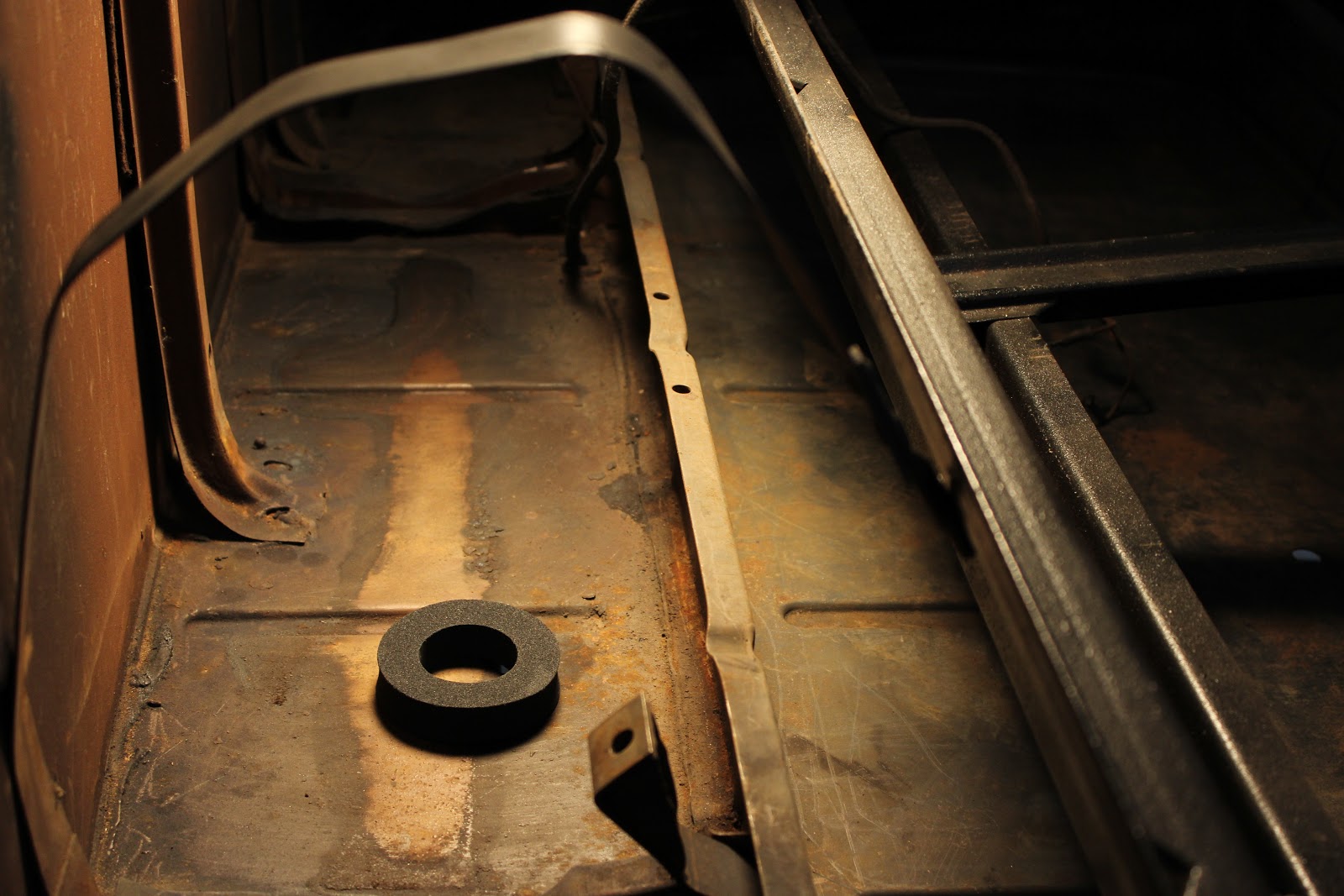 View of the seat frame at right, the tank straps arced at top, and the rubber donut on the bottom. 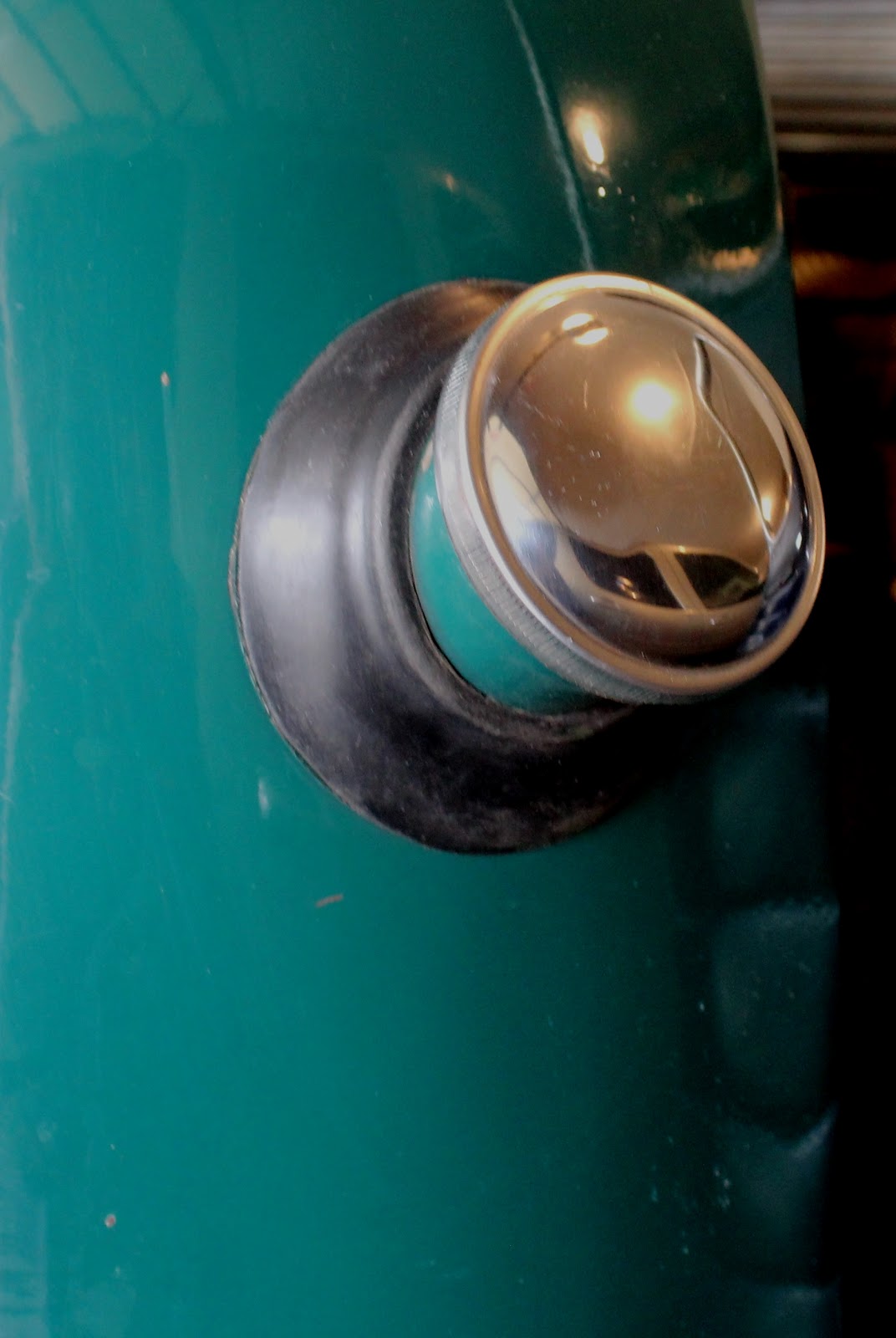 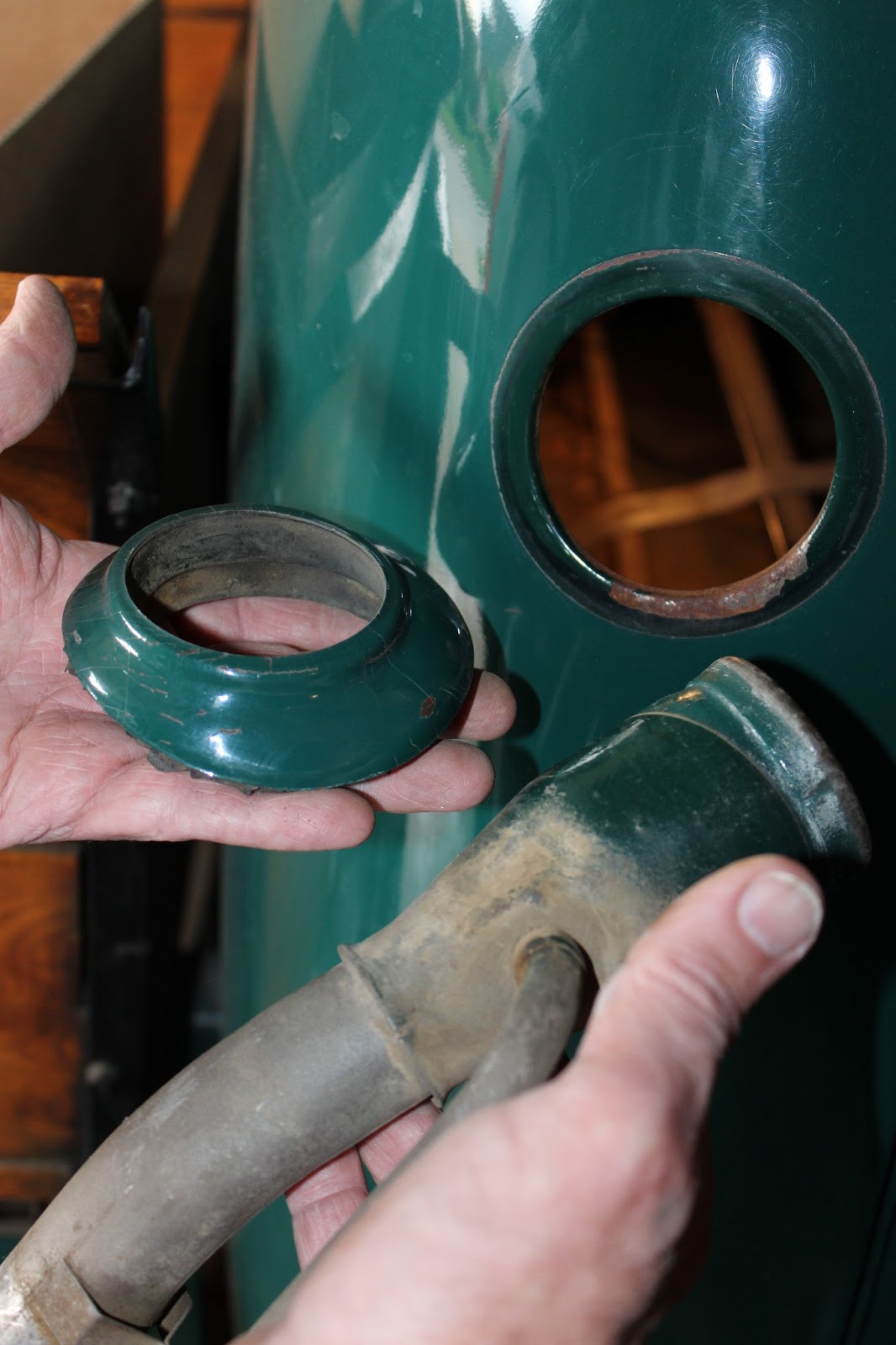 When the truck was repainted many, many years ago they painted over the rubber grommet surround as seen in the left photo.

Um, okay I should've cleaned that up a bit before taking the "after" photo, but you get the idea.

Neat discovery, the original color of the truck exterior WAS green! It's a unique truck, with a wooden bed, green exterior and blue interior. Once we started digging in, we saw that her outer original paint was indeed green and interior had been cream. Someone had painted it blue along the line.

Visions of putting the interior back to the original cream color run through my head like Sugarplums do for a kid at Christmas, but that is not a necessity for getting Abbey back out on the road.