It was a beautiful day for a car event, so off to Atlanta we went.
No, not Georgia...
Atlanta, Illinois.
Located on historic Rte. 66, Atlanta was truly a neat little surprise. The band was good, the cars great, people friendly (that's a given, it's the Midwest) but the cafe we stumbled upon was really cool.

Called the Palms Grill Cafe, and located on the main drag, it boasts all homemade food like your Momma makes, and is chocked full of vintage decor. We chose to sit at the old fashioned bar on old fashioned bar stools so we could talk to the staff and get the skinny.

They work hard 7 days a week just to make your taste buds pop, and we even met the pie-maker herself. Oh... did I not mention the pies? They have 'em in spades, and all homemade. I double-dog-dare you to not have a slice. The casual atmosphere and great food made for a fun lunch stop that we will definitely do again.

Parked just outside the cafe was a vintage vehicle sporting a car-side food tray, complete with (fake) A&W goodies. Anyone old enough to remember not only curb-side service with roller-skated servers, but how much fun making a trip to A&W was... this inside photo is for you. 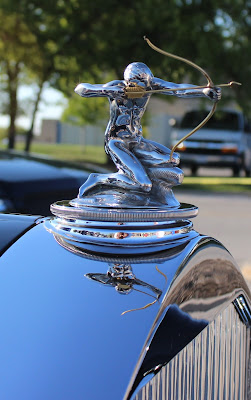 Further up the street, and parked prominently on the grass was this vintage beauty. Suffice to say no other car was given such a parking honor, though there were other lovely vehicles present.

This shiny Pierce Arrow (hood ornament photo only) was gorgeous, and the owners just happy to have people look at it.
(Car people are like that)

TD asked why I was only taking a photo of the ornament and I had to explain I love the accessories best. It's a woman thing.
Immediately nextdoor to the cafe is the museum. My first thoughts of "this will be a quick in and out" were quickly tossed aside once we stepped inside and were greeted by the museum caretaker and his pet Lab.
The museum houses a nice collection of Atlanta's rich history, including a life-size display of Lincoln as he debated Stephen Douglas while in town.
While Mr. Lincoln worked in Springfield (just south of here), he stumped all over Illinois and made a stop in Atlanta, and the town is very proud of that fact!


The car show was a huge success and we were sorry to learn the town had already hosted 2 previous ones this summer. Apparently they host several each year and this was the last one for 2013.

Now this next thing... this is really something.

If Victor Mature and Arnold Schwarzenegger had a love child... 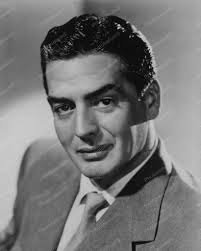 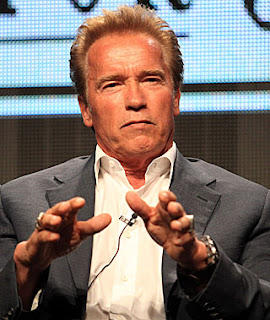 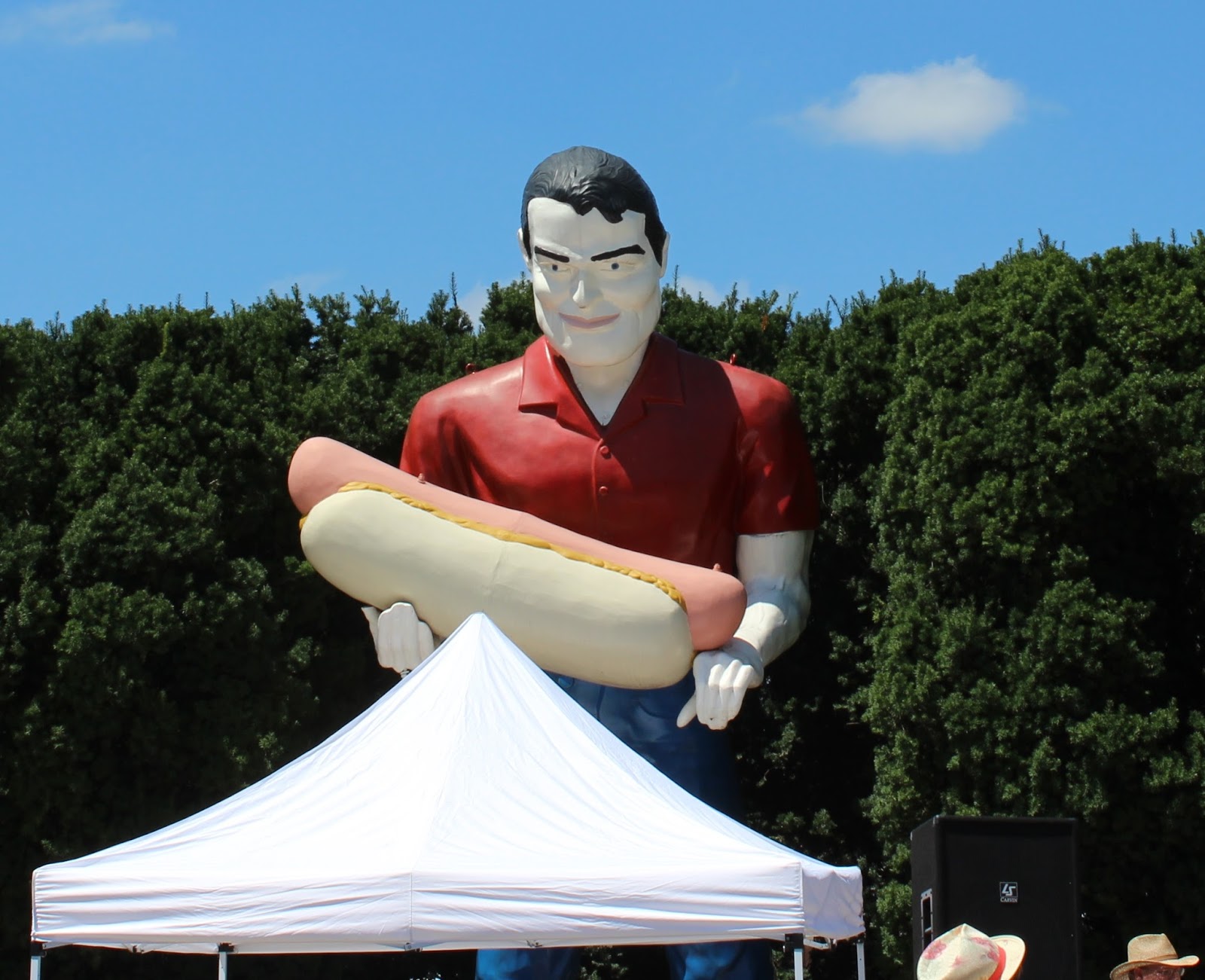 Interestingly, one of the larger-than-life attractions in Atlanta is the Paul Bunyan (aka: Victor/Arnold) statue. TD read the sign below old Paul, while I snapped a few photos. Atlanta was actually gifted this statue (previously a Midas Muffler advertisement) and people come from all over just to see it. Really?
No clue on why Paul is holding an
all-beef hot dog the size of an actual Smart Car, we suspect this must be what happened to his pet ox named Blue.

While the band played away at Paul's feet, Atlanta's local library--complete with chiming bell tower--hosted a book sale and TD picked up a couple books for a dollar.
All in all, Atlanta is a quiet little blink-and-you-miss-it corner in Illinois that deserves more visits, whether they are car show related or just stopping in for lunch.

Rte. 66 bound people should definitely make an effort to get here!